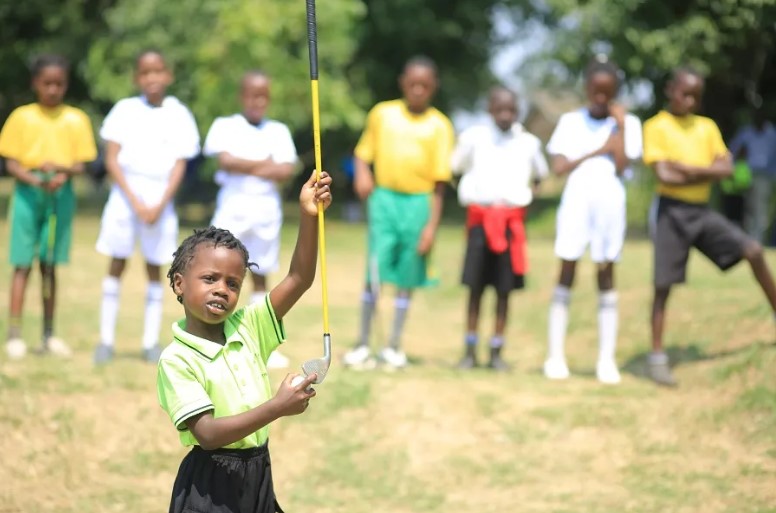 The development of physical literacy which includes skill development as a central component has been shown to be very important in children and youth’s adherence to physical activity and sport leading into adulthood.

The motor-skill development literature has addressed the issue of process-related skill assessment practices to be of great importance in the teaching-learning-assessment triad during early-stage athlete development.

It is against this background that AFRIYEA Golf Academy has developed an assessment and monitoring tool to test skills at the most fundamental levels to a full at 18 holes, aptitude and conduct (general discipline).

The academy will issue a report to the parents and guardians about performance and this will help the academy to cooperate with the parent to improve the skills of the students.

The assessment areas of interest will be categorized in five dockets; introduction, range, putting and chipping, golf rules, etiquette and aptitude test as well as game preparation.

Under introduction lies the reporting day, orientation and golf equipment.
The range has club sequence, parts of a golf club. Gripping, grounding, stance, take off, hitting of ball and the right posture.

Under putting and chipping; there are bunker shots, putting techniques (ground variation), reading the green, speed and visualizing the path of the ball.

For the golf rules, etiquette and aptitude test, there is general playing, mental game, recording of scores, planning, game improvement (techniques of breaking 80’s and 70’s).
For Game preparation, there are tasks as cleaning the clubs, checking the number of clubs and number of balls as well as the glove.

Students who would have performed well in all areas shall receive medals as a token of appreciation.

The Academy is also planning to grade the students in different levels Levels; 1,2 and 3.

The best performance to put on green, moderate players (yellow) and new players to dress up in black.

This will mean that students can be promoted and demoted basing on their performance in all rounds that on and off course.

The AFRIYEA Golf Academy is adopting high standards in her run to be the number one and the satellite golf Academy on the continent. This Academy believes this is possible as it has continued to receive help from international coaches who are helping it in a variety of aspects of the game.

Isaiah Mwesige, CEO – AFRIYEA Golf Academy – Uganda, Africa
These include Paul Dewland- who has over 20years in performance coaching, certified trainer of Neuro-linguistic programming and his clients include PGA tour, Korn Ferry tour and he has committed to offering one lesson to the Academy every month.
Gregory Holme has also been working with the Academy to develop the student performance monitoring tool and short game plans.

Rob Bernard from center of gravity golf inc. Canada plays a role of coaching the coaches and provides training manuals.

This is all implemented by the ground team of committed coaches speared headed by head coach Stephen Kasaija and George Kituku.