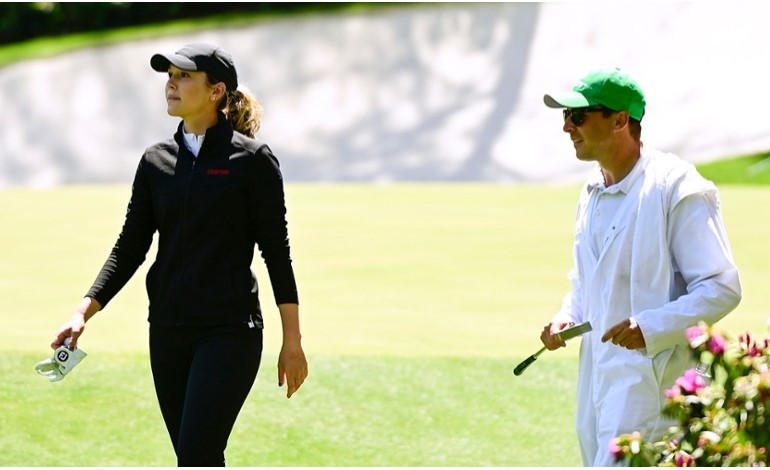 The third edition of the Augusta National Women’s Amateur will return to Augusta, Ga., with an elite field of 72 women amateurs competing over 54 holes of stroke play March 30-April 2, 2022.

The Championship will again start at Champions Retreat Golf Club with the first 36 holes on March 30 and 31, after which a cut will take place to the leading 30 players. A playoff will determine the 30th player if an even cut is not made. The full field will play a practice round at Augusta National Golf Club, home of the Masters Tournament, on April 1, while the top-30 players will compete in the final round at Augusta National on April 2.

The final round will be broadcast live on NBC from Noon – 3 p.m. EDT on April 2. In addition, a “Making the Cut” show will air on ANWAgolf.com on March 31 and focus on players aiming to make the final round cut of 30 players.

The star-studded field features 24 of the top 25 players in the World Amateur Golf Ranking. Stanford’s Rose Zhang and Rachel Heck enter as Championship favorites as the Nos. 1 and 2 ranked amateurs in the world, respectively.

Stanford leads the contingent of 35 colleges represented in the field with seven representatives (six current, one future commit) in the 2022 field. Aline Krauter, Brooke Seay, Caroline Sturdza and Lei Ye will join current teammates Heck and Zhang in the field, as well as future Stanford commit Megha Ganne. Wake Forest will send the next-highest number of participants with four: Rachel Kuehn, Carolina Lopez-Chacarra, Lauren Walsh and 2021 runner-up Emilia Migliaccio. A member of the Wake Forest women’s golf team has finished champion (2019, Jennifer Kupcho) or runner-up in each of the first two editions.

In addition to the United States, the Championship will host players from 22 international countries, led by Japan with four players and China, Germany, Korea and Sweden with three apiece. Ten players will make their third appearance in the Championship after competing in 2019 and 2021 (the 2020 event was canceled due to the COVID-19 pandemic), and four of those will be looking to make the cut for the third consecutive time: Erica Shepherd, Emma Spitz, Beatrice Wallin and Zhang.

Everyone in the field will be looking to follow in the footsteps of several notable past competitors at the Augusta National Women’s Amateur. The top-two finishers in 2019 (Kupcho and runner-up Maria Fassi) have each gone on to success as professionals on the LPGA Tour. Kupcho has already recorded nine top-10s in her young professional career and earned a Solheim Cup berth in 2021. Fassi finished T12 in her professional debut at the 2019 U.S. Women’s Open and has since gone on to represent Mexico in the Tokyo Olympics.

After finishing T-3 in 2019, Yuka Saso is now the No. 8 player in the Rolex World Golf Rankings. She became the first person from the Philippines to win a major championship with her victory at the 2021 U.S. Women’s Open.