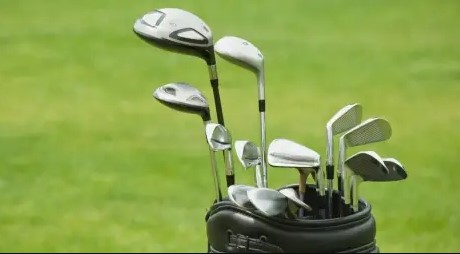 This title might sound a little silly, but the whole idea is to get golfers to relax, and being nice to one’s clubs is a good place to start.

The Dramatics of Junior Golf

When watching junior tournaments, and even some professional events, I see players abusing themselves (slapping their leg, hitting themselves on the head) and abusing their clubs.  They drop, pound or throw down their clubs, ram them into their bags, pull their head covers on forcefully, all sorts of dramatic antics that display the players’ immaturity, lack of control, and, most importantly, the tension they are creating for many shots and holes to come.

How do you think your putter feels when you smack it on the face or bite it every time a putt fails to drop. Even worse, you might bang its head on the ground, put it over your knee and try to break it.  Could you really blame the putter, if it got downright ornery and refused to cooperate?

Similarly with the wedge.  The wedge is your friend, but if you call on a friend all the time, even a good friend is going to eventually let you down.  Other friends are by your side, like your 7-iron for a chip and run, your putter for a roll through the fringe.  Give them a call once in a while.

Don’t get mad at any club.  Your clubs are simply doing what you tell them to do.  They can’t help it that golf is a hard game, something they realize and you have to realize, too, so you become more patient with yourself and your clubs.

When a psychologist is called upon to change someone’s behavior, one thing to do is to encourage the person to do the opposite behavior.  So, how about this:  When a putt doesn’t go in, give the poor putter a kiss on the face to console it, as it is trying as hard as you are.  If your driver, the big fella carrying the heavy load for you, goes astray on a hole because you gave it the wrong directions, give it a little hug before you gently put the head cover back on, and maybe it will be there for you, eager to go the extra mile on your next drive.

Tiger Had the Same Problem

As Katilda Woods, Tiger’s mom, used to say to him when he came home complaining about a bad round: “Tiger, was it the course’s fault, was it the ball’s fault, was it the club’s fault … or was it your fault?”  Of course, Tiger was the one at the controls, steering and powering his round, just like you are when you play.

So, don’t take it out on your clubs, even with seemingly simple gestures that serve to embarrass your clubs, you and everyone around you.  You want your clubs on your side, so treat them nice, and I bet they will treat you nicer, too.

Dr. Tom Dorsel is a sport psychologist on HHI.  Find him at Dorsel.com, and his book, “GOLF: The Mental Game,” on Amazon.