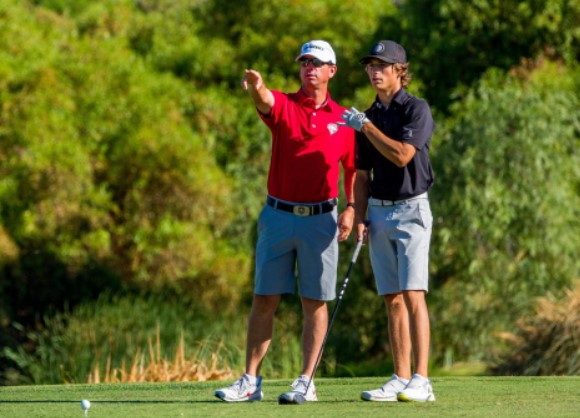 Amid a nationwide influx of junior golfers, which inevitably leads to greater competition for college golf scholarships and recruiting attention, a newer program is seeking to connect aspiring collegiate golfers with college coaches while educating youngsters, and their parents, about the process.

The College Golf Experience, or CGX, is continuing to expand its specialized camp offerings designed to provide networking and educational opportunities between families and college coaches. CGX will have worked with more than 100 coaches by the end of 2022 and projects that will rise to 325 Division I, II, III and NAIA coaches in 2023, with 75 to 100 camps in as many as 30 states.

“It helps kids and parents find their fit in the college golf world,” says CGX founder Joshua Jacobs, a golf industry veteran who also created the TGA Premier Golf program for kids. “In every other college sport except golf, camps are 20 to 30 percent of the pathway to playing, and so the goal was to create environments where coaches can engage and bestow knowledge, and juniors and parents basically get to experience college golf. The camps provide tangible value for everyone involved.”

While only a small portion of them will pursue competitive golf at the college level, Jacobs says there’s a lack of education – compared to other sports – when it comes to teaching parents and players about opportunities across various divisions and at different schools.

Among CGX’s coaching partnerships is the Ivy Golf Institute (IGI), a series of educational junior golf camps hosted exclusively by coaches of Ivy League schools. CGX is planning several more camps with the IGI in the coming year, including a Boys and Girls Winter Ivy Camp on Jan. 7-8, 2023 at Mission Inn Resort and Club in Howey-in-the-Hills, Florida, and a Boys and Girls Summer Ivy Camp during the summer of 2023 at Princeton University’s Springdale Golf Club in New Jersey.

“Representing nearly every golf program in the Ivy League, we are determined to build meaningful connections with all participants and their families, while supporting and guiding them as they embark on one of the most crucial decisions of their golfing lives,” said DeSanty.

The camps provide a networking benefit on both sides – an effective way for players to get noticed by colleges, and for coaches to build a relationship with student athletes and their families.

“Campers get to learn inside knowledge about all things college golf, including recruiting and tournament preparation that they can soak up,” said University of California Santa Barbara men’s golf head coach Chris Massoletti. “Not only do they get direct one-on-one interaction with coaches, but parents are encouraged to engage with us, as well. It’s genuinely a fantastic opportunity to clear up recruiting myths and misinformation directly from those of us who are involved.”

“CGX provides student-athletes quality face time with coaches, to show us their personality and learn about ours,” adds New York University head men’s and women’s golf coach Katie Rudolph. “At this stage of the game, everyone has a good golf swing. Coaches base their decisions off more than just the scores.”

In December, CGX will host the first-ever Top100 Showcase Camp, bringing together top juniors (boys and girls) with 24 of the top men’s and women’s golf coaches from around the country at The Wigwam Resort outside of Phoenix.

“The ultimate goal of the Top100 camps is to show the junior golf landscape that camps play an important role in the path to collegiate golf for even the top ranked junior players,” said Jacobs. “Whether you are looking at a NAIA, DIII or Top 25 DI program, camps can be a catalyst to helping juniors find their fit and their spot at the next level.”

At specialized CGX camps like the Top100, juniors, along with their parents, experience one-on-one engagement with coaches, education seminars on college golf, open Q&A sessions, as well as on-course coach engagement during simulated college golf practice and tournament rounds, all while receiving real-time evaluation and personalized feedback from coaches.