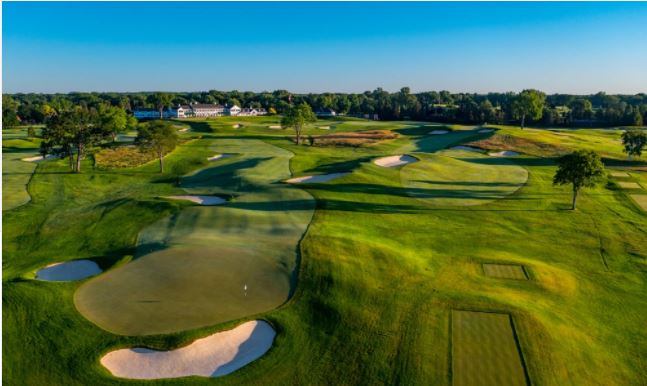 The South Course at Oakland Hills, designed by Donald Ross and the site of nine men’s major championships and a Ryder Cup, will reopen in July after a comprehensive restoration by architect Gil Hanse and his design partner, Jim Wagner.

The $12-million project began in the fall of 2019 after Hanse and his team reviewed archived photos and original plans, plus a program from the 1929 U.S. Women’s Amateur at the South, which opened in 1918 in Bloomfield Hills, Michigan.

“Restoring the South Course at Oakland Hills was a master class in scale from architect Donald Ross,” Hanse said in a media release announcing the upcoming reopening. “By returning the proportions of the features to the large scale of the property, we learned so much about how to create interest, strategy and beauty. This was a truly thrilling project for us to be involved in and we are excited about the transformation that has occurred.”

Hanse, Wagner and onsite coordinator Kye Goalby led the work to restore all 18 greens to their original sizes and shapes while constructing them to USGA specifications. Precision Air sub-surface units were installed to control moisture and temperature. Bunkers also were restored with new drainage, fairways were restored to their original widths, new irrigation was installed and a significant number of trees were cleared to improve playing conditions and reopen the vistas.

“Oakland Hills is proud to reopen the South Course after a masterful restoration by Gil Hanse,” club president Michael Dietz said in the release. “Our Donald Ross classic has been transformed into a contemporary course that will challenge and delight our membership while hopefully continuing our rich tradition of hosting championship golf at Oakland Hills.”