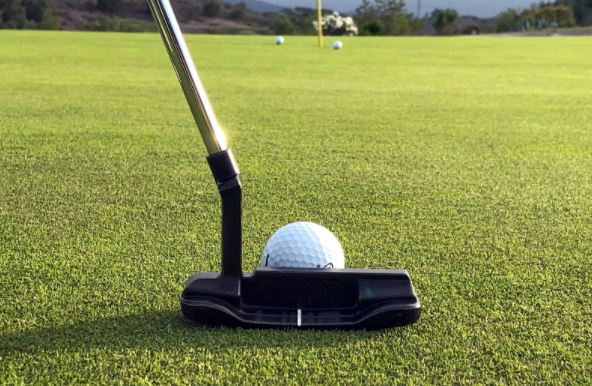 As a Sport Psychologist, if one were to ask me to identify my primary goal with junior golfers, I would say it is to get them to play “mature golf,” beyond their youthful years.

Indeed, I have seen junior golfers turn their games around, or, even better, turn their games ON, once they have committed to becoming a “mature” golfer.  What I mean by that is to look and behave like a Pro, even though you are still in the junior ranks.

I was told by a member at Justin Thomas’s club where he grew up learning the game, that even as a very young junior, Justin wore long pants all the time, just like the pros.  He also spent minimal time on the range, and many more hours each day in the short game area, another trait of successful PGA Tour Professionals.

Let’s consider further the important traits of a mature golfer:

It was only when John Rahm managed to rein in his emotional displays that he become #1 in the world for 43 weeks.  Patrick Cantlay has also committed to settling down, and it is paying off.

The goal of emotional control is that no one would know if you just made a birdie or a double-bogey based on your demeanor as you walked off the green.  I have never known a junior (or any golfer) to get a successful career started and sustained, until they committed to getting their emotions under control.

Settle Down Quickly After Bad Holes

I think it was Tiger who said that he gave himself 10 seconds to be angry after a bad hole, then he moved on to his focused game plan for the next hole.

It has also been suggested to not try to follow a bad hole with a great hole.  Just make it a good hole, and the great holes will soon follow.

How many times have you given up on a round, only to arrive at the clubhouse and see higher scores on the scoreboard than you thought possible.  Only then did you realize that if you had hung in there, just parred in, you’d still be in the hunt.  But you gave up, and now you are out of the tournament.

Don’t do that!  Keep your score as low as you can, even if it is not your best, and you may still have a chance to chase down the leaders the next day.  A player in a qualifier for the Korn Ferry Tour recently had a 13 on a hole and still carded an admirable 74.  He didn’t quit, and as a result found himself still in contention to qualify.

Grind it out, even with your C game.  Anybody can win with their A game, as is exemplified by the innumerable one-time winners on the PGA Tour.  But the marvel of Tiger Woods was that he could win with his B or C games.  Indeed, if he had his A game, he would win by 15 shots.

The moral is to struggle, struggle and keep on struggling till the last shot of every round.  You never know what will happen by the end.

Now, just like the long game and short game, maturity on the golf course comes from extensive practice.  And curiously, when you are playing poorly, struggling, having bad breaks, bad holes, putts aren’t dropping — those circumstances are the prime opportunity to practice maturity.

How you handle yourself in times of trouble will be your badge of maturity, and everyone from parents to friends to college coaches will notice it and know you are going to succeed more quickly than those who can’t handle adversity.

You Can’t be Mature Part-Time

Lastly, you can’t be mature part time.  That is, you can’t behave maturely one day, and then have a meltdown the next day, or any day.  Maturity grows slowly and gradually, but, sadly, a meltdown quickly results in a giant step backwards.  Every time you “lose it,” you tell yourself, “I’m not yet in control.  The game is controlling me.”  You have to constantly and consistently convince yourself that you are the master of your behavior, even when you are not seemingly the master of your game.

So, don’t confuse yourself.  Don’t make yourself doubt your maturity.  Commit to mature behavior, do it all the time, never again lose it or have a meltdown, and your game and your position on the leaderboard will climb faster than all the lessons in the world can produce.

Dr. Tom Dorsel is Professor Emeritus of Psychology at FMU.  His best-selling book is “GOLF: The Mental Game.”  He can be found on Facebook at “Sport Psychology of Hilton Head.”  Contact Dr. Tom through his website, Dorsel.com.