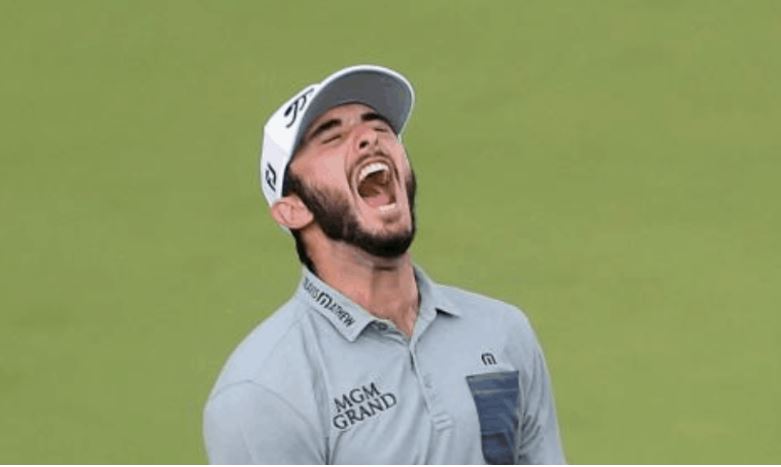 At the end of the summer, all of the coaches at GPC gather to choose a word or phrase that will serve as inspiration for the upcoming academic year. This year, we chose ‘relentless’ to lead us on our journey. As defined by Merriam-Webster.com, relentless is “the showing or promising no abatement of severity, intensity, strength, or pace : determined, dogged, grim, implacable, unappeasable, unflinching, unrelenting, unyielding.” Used in a sentence, The golfer was relentless in pursuit of his tour card. When I feel relentless, I truly believe nothing can get in my way. I love this idea of being unstoppable in pursuit of one’s goals especially in the face of adversity.

A great example of being relentless is Max Homa. Homa’s golfing career has been filled with adversity and given how hard he has worked to achieve his dream of being on the PGA Tour, it’s not surprising he has the word ‘relentless’ tattooed on the outside of his right wrist; a reminder that no matter how difficult things get he will pursue his dreams with dogged determination.

At 30 years of age Homa is starting to see his hard work payoff. After turning pro in 2013, coming off winning the individual honors at the 2013 NCAA Division I Men’s Golf Championship. Homa bounced back and forth between the Korn Ferry Tour, where he had great success, and the PGA Tour, where he admits he never felt like he belonged until winning the Wells Fargo Championship in 2019. Homa backed up his victory at the Wells Fargo by winning The Genesis Invitational this past February.

Interestingly, it wasn’t winning that allowed Homa to feel like he belonged on the Tour. It was a greater belief in himself. In college, Homa hung a sign above the door in his room that read, “They don’t believe you’re good enough”, which he used as motivation to work harder and prove the doubters wrong. The problem with this way of thinking, Homa found out, is that he was giving too much power to the voices of others and focused too much on outcome to win their approval. “I was not having faith in myself unless I was seeing results”, Homa spoke on his Get a Grip with Max Homa & Shane Bacon. It wasn’t until Homa learned to appreciate himself more than the opinions of others that he was able to trust himself.