Ryder Cup 101: A guide to the 43rd matches at Whistling Straits

Home/Uncategorized/Ryder Cup 101: A guide to the 43rd matches at Whistling Straits

Ryder Cup 101: A guide to the 43rd matches at Whistling Straits 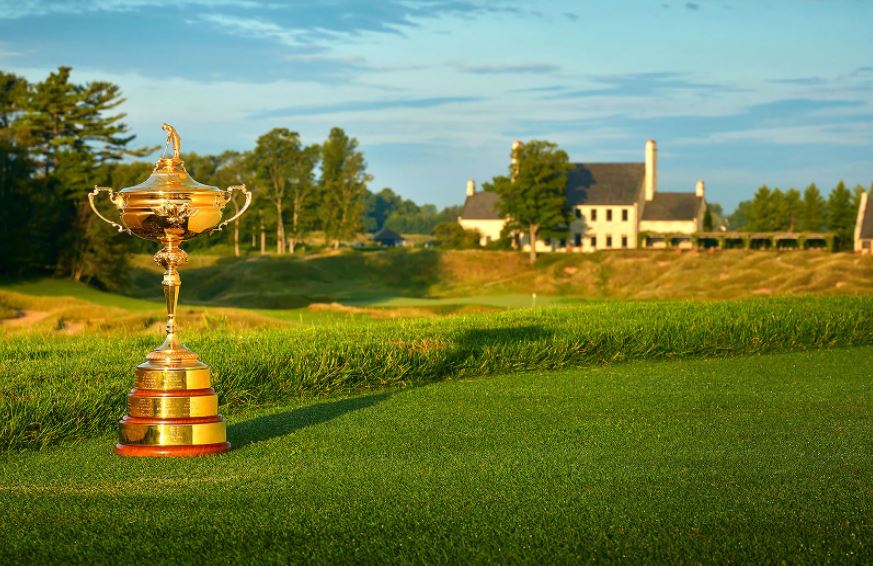 Take a look at some answers to frequently asked questions about the Ryder Cup:

I keep reading about excitement building for the “Ryder Cup.” I thought the end-of-season prize on the PGA Tour was the FedExCup. So what’s the deal with this Ryder Cup? Is it sponsored by Ryder Trucks, like the FedExCup is sponsored by FedEx?

We’ll answer your second question first. The “Ryder” in Ryder Cup has nothing to do with the trucking company. It’s the surname of the man who originally conceived of the competition and donated the trophy, Samuel Ryder. An English businessman, he took up golf at age 50 and was hooked. He began sponsoring various competitions, and in that era (the 1920s), perhaps the biggest natural rivalry was between American and British players. So the Ryder Cup was conceived to pit U.S. vs. British pros. It was first played in 1927, and matches have continued to be held every two years.

The attacks of Sept. 11, 2001 resulted in the postponing of that year’s Ryder Cup for a year and scheduling future matches in even-numbered years. That went back to odd-numbered years after the 2020 edition was postponed because of the COVID-19 pandemic. The 43rd matches will take place Sept. 24-26 at Whistling Straits in Sheboygan, Wisconsin. The U.S. leads the all-time series, 26-14-2.

Wait, you said “British” pros. I thought this was U.S. vs. Europe?

You are correct. The Ryder Cup hasn’t been the U.S. vs. Great Britain and Ireland for 39 years. Team GB&I was expanded to Europe in 1979. The idea, promoted chiefly by Jack Nicklaus, was designed to a) make the competition more competitive (at the time, the U.S. led the series, 18-3-1), and b) make one of the most dynamic players of the era, Spain’s Seve Ballesteros, eligible.

How’d that work out?

For the Euros, extremely well. Since 1979, their record is 11-8-1. Ballesteros became one of the greatest Ryder Cup players ever, going 20-12-5 in eight Ryder Cup appearances. He later served as captain of the European team in 1997 (they won). Europe is also the defending champion, having won in Paris, France in 2018.

Well, things changed this time around because of the pandemic delay. The U.S. decided to do six automatic qualifiers and six captain’s picks, determined by U.S. skipper Steve Stricker. The U.S. team is set (click here). Europe will finalize its team after the BMW PGA Championship. It had two qualifying methods: a European points list and World points list. The former is determined by Race to Dubai points earned in European Tour-sanctioned events, with four players qualifying this way. The latter is based the Official World Golf Ranking, of which five players qualify. The remaining three are selected by European captain Padraig Harrington.

So we’ve got two 12-man teams. What’s the schedule?

The first two days are dedicated to team play. Each day will have a morning session and an afternoon session, with four matches pitting two-man teams against each other in each session. On Friday and Saturday, they will play both fourballs (better ball) and foursomes (alternate shot). The home captain (Stricker) determines which is played in the morning and which is played in the afternoon.

The concepts are pretty simple. Better ball: I play my ball and you play yours. Whichever one of us makes the lower score on the hole, that’s our team score for that hole. And if we tie, well, that’s our score. Alternate shot: You and I are a team. I tee off. You hit the next shot. I hit the next and so on until we’re in the hole. We alternate hitting tee shots, with me leading off on odd-numbered holes, and you hitting first on even-numbered holes. In both formats, we’re playing match play, so overall scoring is done by holes, not strokes. Matches last until one team does not have enough remaining holes to catch up.

If we defeat our European opponents, it doesn’t matter if we did it by winning just one more hole than them (1 up), or shut them out (10 and 8), it’s just one point for the U.S. team. Tied matches are worth a half-point for each side.

It means we won the first 10 holes of the match. Since there are only eight holes left in a standard 18-hole round, the best our opponents could do is win those eight holes. So the match is stopped after the 10th hole and we win, 10 and 8. That almost never happens, by the way.

So there are eight matches on Friday and eight more on Saturday. What about Sunday?

Twelve, huh? Well, that brings up a question: In each of the team sessions there are four matches, which means only eight guys can play. What about the other four?

Just as in any other team sport, they sit on the “bench” and cheer their teammates on. Picking which guys to play and which to sit is one of a captain’s main responsibilities, along with choosing who plays with who.

It should be “who plays with whom.”

Fine. Whatever. You got anymore real questions?

As a matter of fact, I do. How many points do you need to win?

Whichever team won the previous Ryder Cup and thus holds the cup can retain it with a tie. Europe is the current cup-holder, so it needs only 14 points to retain the cup.

Let’s get back to who plays with whom. What about who plays AGAINST whom? Do the captains know the other team’s lineup?

No. The “lineups” have to be turned in to Ryder Cup rules officials by a certain deadline before the matches begin. For Friday’s morning matches, for instance, the deadline is 4:15 p.m. Thursday. For Friday afternoon matches, it’s 1:05 p.m. Friday. For Saturday morning matches, the deadline is one hour after Friday play concludes. For Saturday afternoon matches, it’s 1:05 p.m. Saturday.

For Sunday singles, the deadline is one hour after play on Saturday. Each captain is also required, by the same deadline, to put the name of one player in a sealed envelope. That player will not play if a player on the opposing team is injured and cannot play.

Neither side knows what the other side’s pairings or teams are until they are sent out from the rules office about five minutes after the above-stated times.

Last question: When and where is this all on TV?