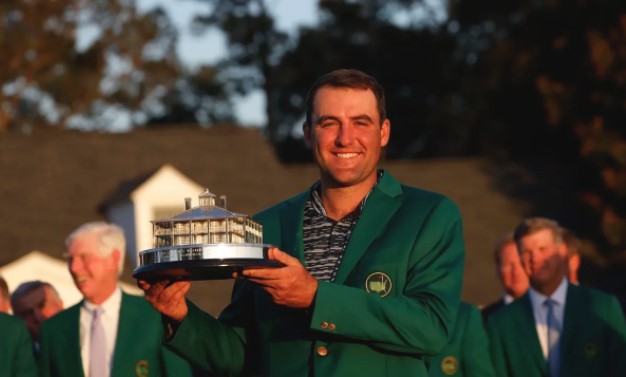 How is it that the Masters exceeds expectations every single year?

It’s the best golf tournament on the best course.

The week started with golf fans wondering — hoping — the great Masters champion Tiger Woods would make yet another dramatic comeback at Augusta National.

It ended with Scottie Scheffler winning his first major championship, being consecrated as the unquestioned number-one golfer in the world.

Golf provides us stories, scenarios, emotional bonding and a shared human experience like no other sport. Augusta National — it seems — was built to enhance it all.

As Scheffler said shortly after donning the Green Jacket: “It’s Augusta National. It’s as cool as it gets.”

No other golf tournament on any other golf course could have inspired Tiger to return to competitive golf so insanely soon after nearly losing his leg in a car crash. He’s still learning how to walk, for crying out loud.

Augusta National is a challenging walk for the healthiest golfer. Thanks to the uniqueness of the sport, we were allowed to watch a 46-year-old icon of the game limp his way in search of the holy grail. We witnessed every agonizing step of Woods’s struggle to resurrect the greatness that he knew was still deep inside him.

After his stunning opening round of 71, we let ourselves believe “maybe he can do it again.” His daughter Sam said “It’s miraculous. It shouldn’t be happening.” Forgive Sam for not completely comprehending what her father can do. She was only one-year-old when Tiger won the US Open on one leg in 2008.

In what other sport would you see an athlete inducted into its hall of fame and then one month later see him compete for one of its most coveted championships?

“It’s been a tough road, and one that I’m very thankful to have the opportunity to be able to grind through it,” said Tiger. “A lot of different things could have happened, but 14 months, I’m able to tee it up and play in the Masters.”

As foolishly optimistic as it may have been to think Woods could play his way into a sixth Green Jacket, it might have been even more unrealistic to imagine that Rory McIlroy would mold a miracle of his own and finally win his first Masters and complete the career grand slam.

Augusta National does this to us every year. The course and its Sunday set-up become miracle makers. Jack Nicklaus in 1986 is the most obvious example.

Rory started the final round ten shots back of Scheffler. Here he came. After making eagle on 13, McIlroy was 7-under-par on his round and just four shots off the lead. Only at Augusta could such an absurd dream take shape. He just might pull it off.

But, alas, Rory was just teasing his fans, again. It has now been nearly eight full years since he won a major.

McIlroy could do no better than par on the next four holes. The dream was dashed. Disappointment took over. But then on 18, Golf took over and gave us and Rory something special.

With the help of Augusta National, McIlroy crafted a shot out of the right green-side bunker that he started 25-feet above the hole. As the ball trickled improbably towards a birdie, the crowd’s murmur grew into a roar that could be heard all the way down in Amen Corner.

McIlroy celebrated as if he actually had just won his Green Jacket. Fist pumps and jumps for joy. His fellow competitor, Collin Morikawa, celebrated right along with him. Only in this sport would you see one competitor cheer for another with such enthusiasm.

He didn’t win. But McIlroy said “I’ve never been happier on a golf course.”

Augusta National and Sunday at the Masters always give us ecstasy and agony.

Playing alongside the leader Scheffler, Cameron Smith birdied number-11, the hardest hole on the course, to get within three shots. Game on.

Then — just like that — game over. Like so many failed contenders before him, Smith dumped his tee shot into Rae’s Creek on number-12. A triple-bogey 6 on the 150-yard hole.

We’ve all seen it in Masters past. We’ve heard the advice from Nelson, from Hogan, from Palmer, from Woods, from Nicklaus. Never, ever, hit it at that right Sunday pin on 12. Just aim straight over the middle of the front bunker, two putt and move on. If only Smith could have heard the echoes from those past champions swirling around Amen Corner. If only.

Scheffler slid smoothly into his green jacket. He was the only player in the field to break par in every round. His game seems suited perfectly for Augusta National– a power-hitter with a high, soft fade to safely approach Augusta’s demanding targets. And when he misses those greens, he has the hands of an artist to save par or (see the hole-out on number-3) even make birdie. With rock-solid nerves, Scheffler made putt after putt until he didn’t need to; and four-putted the 72nd hole when he had room to spare.

The 25-year-old seems impervious to the Masters pressure that causes so many others to collapse. A repeat performance would not be surprising. Remember, he didn’t get his first PGA Tour win until exactly seven weeks ago. Now he has four wins including a Masters.

Scheffler is as unassuming as they come. “Winning this golf tournament, I’m so humbled to be here. I was just glad to be part of the field, glad to have a chance to come out here and compete. To be able to win this tournament, I can’t say enough about it.”

The Masters champion speaks for us all: “I can’t believe that I can come back for a lifetime and enjoy this golf course every year.”