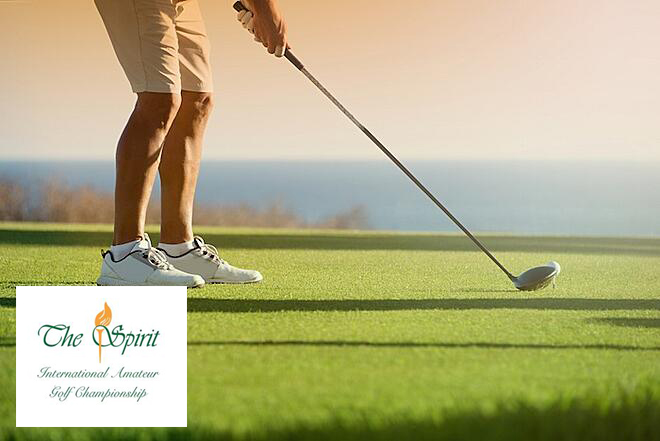 HOUSTON, Texas (Sept 20, 2021) – Four of the country’s top collegiate players have been named to Team USA for The 2021 Spirit International Amateur Golf Championship presented by The Will Erwin Headache Research Foundation (The Spirit). The Spirit, a biennial event staged Nov. 4-6 at Whispering Pines Golf Club in Trinity, Texas, is a premier amateur competition featuring the world’s best amateurs – men and women – representing their respective countries in team and individual play.

The Spirit features 80 competitors from 20 countries. It is a 54-hole competition with five concurrent competition categories: international team, men’s team and women’s team, and men’s and women’s individual stroke play competitions. Gold, Silver and Bronze commemorative medals are awarded to the top three in each competition.

Team USA is looking for its sixth win in the overall competition. Its last win came in 2015. The 2017 event was cancelled due to Hurricane Harvey.

Stacy Lewis, a 13-time LPGA Champion and accomplished international competitor, will return as captain of Team USA for The 2021 Spirit. A five-time member of the United States Solheim Cup team as player, she recently served as an assistant captain for the 2021 event. Lewis played on the victorious 2008 Curtis Cup team and was the first player to win all five matches (5-0) in Curtis Cup history. She also represented the United States at the 2016 Rio Olympics. Alli Jarrett, who played collegiate golf at South Carolina and former USGA Regional Director, is the assistant captain for Team USA.

“The Spirit International Amateur Golf Championship is such a special event. I’m thrilled to return to Whispering Pines and to work with these talented young players,’ Lewis said. “We have some of the best amateur players in the world on Team USA, and I know they will represent our country well. I look forward to another incredible week of competition.”

A closer look at Team USA:

The Spirit Golf Association has partnered with GOLF Channel to produce the livestream of the Championship. The livestream will be available during competition on GolfChannel.com, the NBC Sports app and on TheSpiritGolf.com. GOLF Channel will present the highlight show in primetime, from 7-9 pm ET on Dec. 9, followed by an encore presentation on Dec. 11 from 4-6 pm ET.

Whispering Pines Golf Club is widely recognized as the No. 1 golf course in the state of Texas. The beautiful, 18-hole Championship Golf Course is carved through piney woods, creeks, lakes and natural dunes. It was originally designed in 1998 by Texas golf course architect Chet Williams with the Nicklaus Design Group. In December 2019, Williams returned for the course’s construction during the end-of-season closure. The 2021 Spirit will be the first played on the updated layout.

The Will Erwin Headache Research Foundation, founded in 2014, raises funds to support research aimed at understanding the causes and finding a cure for debilitating headaches, including migraines and cluster headaches. The Foundation was created to honor the memory of Will Erwin, whose story as well as additional information about the Foundation, may be found at www.cureheadaches.org.

The Spirit International Amateur Golf Championship presented by The Will Erwin Headache Research Foundation kicks off with an opening ceremony on Tuesday, Nov. 2. Practice rounds are Wednesday, Nov. 3 before three days of competition begin on Thursday, Nov. 4.

About the Spirit Golf Association (SGA):
The Spirit Golf Association, 501(c)(3), serves as the host for The Spirit. The SGA was formed in 1999 by Houston philanthropist Corby Robertson, Jr. With a passionate vision, Robertson turned SGA into reality by establishing a unique charitable organization that benefits health-related causes while promoting the global goodwill of amateur golf. In addition, SGA also hosts the Spirit Charity Challenge featuring Spirit alumni and Spirit Hall of Fame Game, which features local sports Hall of Famers and celebrities. Charlie Epps, PGA, serves as president and has been associated with the SGA since it was created in 1999 and was captain of Team USA in the 2001 inaugural Spirit Championship. Mark Steinbauer, PGA, and Jeff Strong, PGA are vice-presidents.