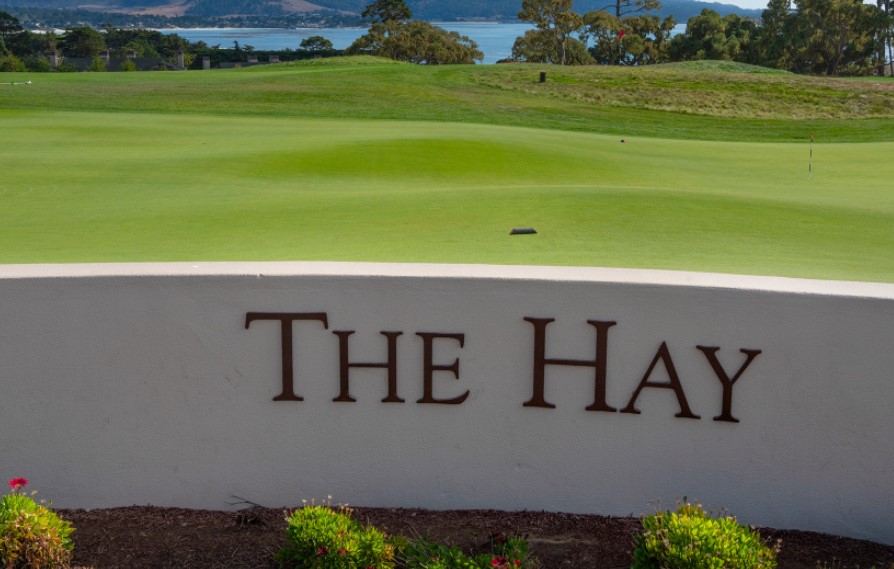 By The Golf Channel

Any time Tiger Woods attaches his name to something in the game of golf, it makes waves, and it looks like those waves will be crashing against the rocks at Stillwater Cove.

TGR Live, which manages events hosted by Woods, such as the Genesis Invitational and Hero World Challenge, is partnering with Pebble Beach Company and TaylorMade to host the TGR JR Invitational presented by TaylorMade, Oct. 8-10, 2022.

The event will take place on two courses: The Hay, which is a nine-hole short course that was recently re-designed by TGR Design at Pebble Beach, and The Links at Spanish Bay.

Hole No. 2 at The Hay is an exact replica of the iconic seventh hole at Pebble Beach, and each of the other eight hole’s yardages corresponds with a significant year in Pebble Beach history.

Sixty boy and girl juniors will compete in qualifying rounds at The Hay, with championship matches taking place at The Links at Spanish Bay. 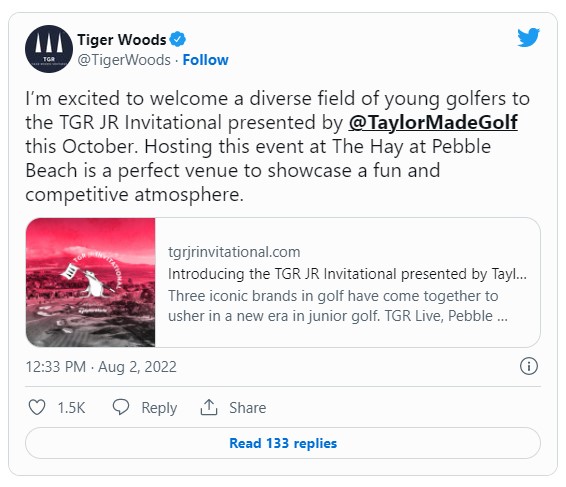 David Stivers, president and CEO of Pebble Beach Company, is equally thrilled to be able to provide young players with this incredible opportunity.

“Tiger has a storied history with Pebble Beach, and we are thrilled to deepen it through the TGR JR Invitational,” Stivers said. “The Pebble Beach Company is committed to growing the game of golf, which is one of the main reasons why we partnered with Tiger and his TGR Design firm to create The Hay. This event, with the support of our long-time partners at TaylorMade, will further our mission by providing young golfers an experience that will last a lifetime.”