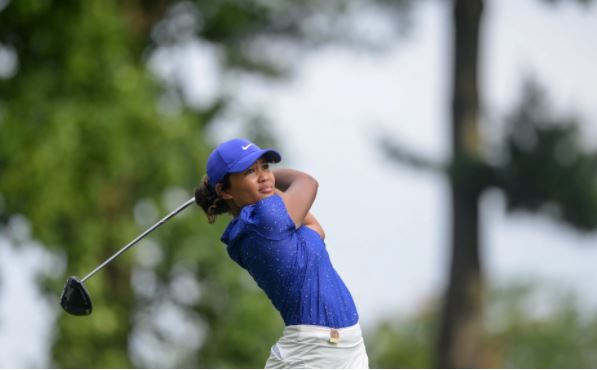 The 12-woman U.S. Junior Solheim Cup team has been revealed. The team of the best junior girls in the country will compete against their counterparts from Europe at Sylvania Country Club in Toledo, Ohio, on Sept. 1-2. The Solheim Cup will take place at nearby Inverness Club on September 4-6.

The Solheim – and Junior Solheim – Cups were originally to be played in 2020 but were pushed back to 2021 because of the COVID-19 pandemic.

That, perhaps, make selection to the Junior Solheim Cup all the sweeter.

Ten of the 12 players on the team were selected through rankings.

The following players earned their spot through the Rolex AJGA Rankings:

These players earned their spot the through Golfweek Junior Girls Rankings:

The resumes are stout. Ganne is the highest-ranked player in Golfweek’s rankings, currently checking in at No. 2 after an early-summer stretch during which she was No. 1. That overlapped her head-turning performance at the U.S. Women’s Open, where she finished 14th and was the low amateur.

Of the 12 players selected, only Pano has experience from the 2019 PING Junior Solheim Cup, won by the United States team in Scotland.

“I am thrilled that we have 12 outstanding players now named to our 2021 USA PING Junior Solheim Cup Team. It is hard to believe that it was September of 2020 when I accepted the invitation from John Solheim to be the Captain of the USA Team. Like myself, I am sure every single player on our team is proud to be a part of representing our country and putting out 150%,” Powell said. “Looking forward to our many supporters being in Toledo, Ohio on September 1 and 2 to cheer our USA Team to victory.”