Two Certainties in a Round of Golf

Home/Uncategorized/Two Certainties in a Round of Golf

Two Certainties in a Round of Golf 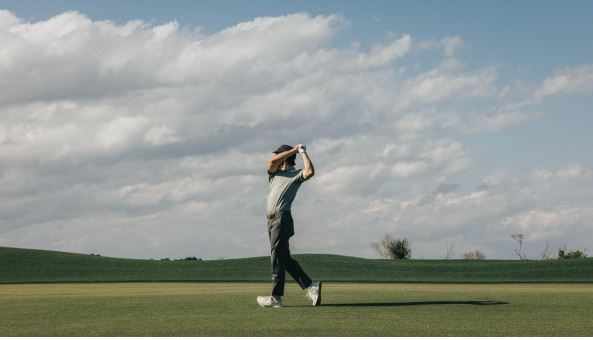 Many unplanned, unexpected things can happen in a round of golf, but I can think of only two certainties that will happen in every round:

If you want to improve your scores, working on placement of tee shots and putts inside 10 feet would be a great place to start.

Getting Tee Shots in the Right Place.

Pick a spot out in the fairway where you think the driver should carry to, and then make the same smooth swing you do with other clubs, maybe even backing off to 80%, since you have such a “powerful weapon” in your hands!

On Par-3 holes, aim for the safest part of the green, whether the pin is there or not.  Also take into account the front, back or side of the green that leaves you the easiest chip shot, if you do miss the green.

As for shooting at pins, I remember one time when I played a course in the evening and all the pins had been removed from the holes.  So, I just aimed at the safest, most general part of the green, thinking, “Just see how many greens you can hit?”  If my memory serves me right, I was closer to more holes than my usual count when I played with the pins in.

Similarly, if that same image before you makes you feel like you are going to hit a left-to-right shot, well, commit yourself to a controlled fade (for right handers), rather than letting the image take over and cause you to hit an out-of-control slice, or fighting the image and trying to draw the ball into the slope.  Make the image your friend and go with it in a controlled manner.

Sport Psychologist, Dr. Tom Dorsel, is author of “GOLF: The Mental Game,” has contributed over 100 columns to national golf magazines, and was featured in ten different ESPN golf programs.  Visit Dr. Tom on Facebook at “Sport Psychology of Hilton Head,” or on the Web at Dorsel.com.