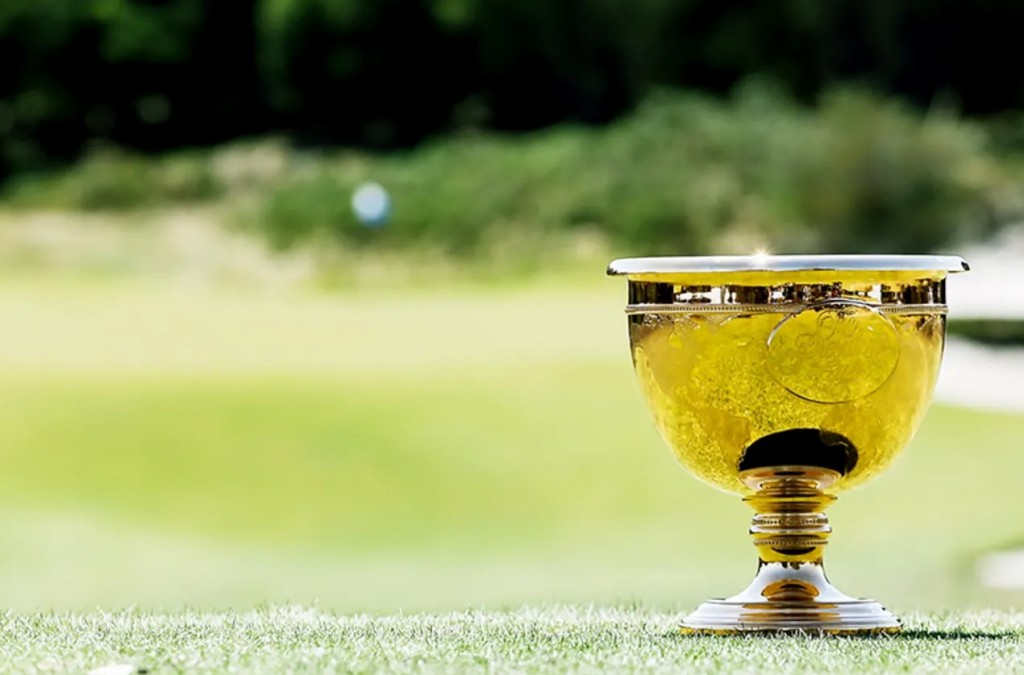 CHARLOTTE, NC – After two high intensity days of competition, the United States team has again emerged victorious as they claim the 2022 Junior Presidents Cup by a score of 13-11. Winning eight matches and getting a half point in another lead to a third straight victory for the US squad.

The Junior Presidents Cup is a two-day, team match-play competition featuring 24 of the world’s top junior boys 19 years old and younger – 12 from the United States and 12 from around the world, excluding Europe – that takes place just days before the start of the biennial Presidents Cup. The Junior Presidents Cup was developed to give the world’s best non-European juniors a unique playing opportunity to compete in an international team match-play competition and showcase the global reach of junior golf.

“To see these teams come out and to see how much it meant to both sides is really something special,” said PGA TOUR Commissioner Jay Monahan. “I think this event is an important part of the Presidents Cup. When you think about the future of golf, it is these players. Many of them will be playing in the Presidents Cup in the future and we are happy to help prepare them for it with this event.”

“I’m just so excited for the 12 players on my team,” United States Captain, Notah Begay III said. “They did such a wonderful job to come together on such a great golf course at Myers Park Country Club and it came down to the last couple matches, which is what you want. To come out on top is something really special and something we will be celebrating for the rest of the afternoon.”

The United States entered the final day of competition down 7.5-4.5 after six four-ball matches and six foursomes matches. Having an uphill climb to again win the cup meant they needed to start the day with some wins. They took home a full point in four of the first six matches and split another to begin their comeback.

Among those six matches was a solid win by Preston Stout of Richardson, Texas, who defeated the International’s Joshua Bai of New Zealand, 4&2. The US also got wins in the first six matches from Jackson Koivun of Chapel Hill, North Carolina, Nicholas Gross of Downingtown, Pennsylvania, and Aaron Pounds of The Woodlands, Texas.

The second half of matches saw the United States dominate winning four of the six, with only one match making it to 18. Among the wins was the biggest margin of victory of the competition as Bryan Kim of Brookeville, Maryland, defeated the International’s Jonathan Xavier Hartono of Indonesia, 6&5. The US also got a big win from Carson Kim of Yorba Linda, California, who defeated Rayhan Abdul Latief of Indonesia, 5&3.

Kim was the only player throughout the competition who won all three of his matches. On Monday he was paired with Pounds for a four-ball match and defeated Rayhan Abdul Latief of Indonesia, and Hartono, 3&1. In the afternoon on Monday he was paired with Koivun in a foursomes match. They defeated the International team of Bai and Jayden Ford of New Zealand, 3&1. Throughout his three matches, he never played No. 18 as they all finished on No. 17 or before.

About the Presidents Cup

The Presidents Cup is a unique golf event in that there is no purse or prize money.  Players are not paid for their participation, but each competitor allocates an equal portion of the funds generated to charities of his choice.  Since the event’s inception, more than $54.4 million has been raised for charity from event proceeds, as well as contributions made on behalf of the Presidents Cup, including a charitable donation of $5.3 million from the 2019 event alone.

Citi, Cognizant and Rolex are the exclusive Global Partners of the Presidents Cup.

The American Junior Golf Association is a 501(c)(3) nonprofit organization dedicated to the overall growth and development of young men and women who aspire to earn college golf scholarships through competitive junior golf. The AJGA provides valuable exposure for college golf scholarships, and has an annual junior membership (boys and girls, ages 12-19) of more than 7,300 members from 50 states and 60 foreign countries. Through initiatives like the Achieving Competitive Excellence (ACE) Grant, a financial assistance program, and Leadership Links, a service-oriented platform that teaches juniors charitable-giving skills, the AJGA fosters the growth of golf’s next generation.