Why Streamsong’s newest course, The Chain, will stand out among the growing list of short courses

Home/Uncategorized/Why Streamsong’s newest course, The Chain, will stand out among the growing list of short courses

Why Streamsong’s newest course, The Chain, will stand out among the growing list of short courses 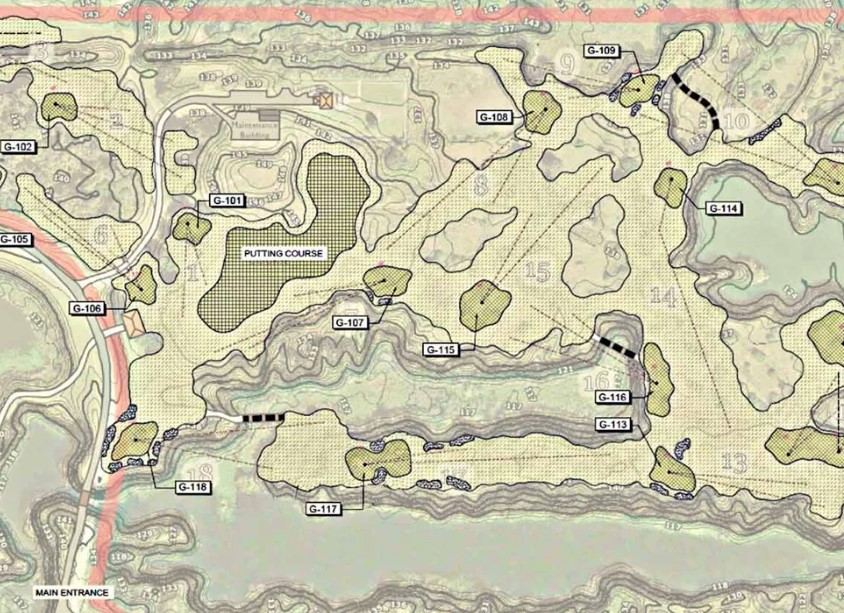 Bandon Dunes has Bandon Preserve and Shorty’s. Pinehurst has the Cradle. Big Cedar Lodge has Top of the Rock and Mountain Top. Sand Valley has The Sand Box. Cobot Links has The Nest. Blackwolf Run has The Baths. You get the picture.

More and more top resorts around the country are adding elite-level short courses to their facilities, and soon Florida’s Streamsong will make its foray into the category when The Chain opens for business. Only this 18-hole, 3,000-yard Bill Coore and Ben Crenshaw design (the duo also created Streamsong Red) will not be your average short course mostly because of what it lacks: par.

With holes ranging from 90 to 275 yards, there will be no pars on the scorecard, creating what Streamsong director of sales and marketing, Craig Falanga, says is a perfect venue for match play.

“We really want it to be something that you’re not thinking about what’s par on this hole,” Falanga said. “It’s really intended to be a place to have a lot of fun.”

In that regard, each group, or even each player, will be able to choose where to tee off from on a given hole, as there won’t be tee markers either.

This was inspired, Falanga said, when he and Ben Pratt, Streamsong owner Mosiac’s VP of public affairs, were playing a 9-hole course which intended for whoever won the previous hole to decide where the group would tee off from on the next hole.

“Everything that drove all the other decisions was, ‘Let’s make it as fun as possible,’” Pratt told GOLF.com. “And that so what we ended up with there is we’re not going to have tee markers in any given place. No concept of par will encourage people to play almost the way you would play a game of horse in basketball. You know? You if you win the hole, you pick where you tee off from the next hole.”

There will be areas defined as teeing grounds in multiple spots on each hole, marked with huge chains, similar to the ones found on the site next to the Lodge at Streamsong, which inspired the name of the course. Streamsong is built on the site of one of Mosiac’s former phosphate mines, the remnants creating the sand dunes there today.

The resort decided its fourth course would be shorter than its others when it realized its peak winter season is when daylight hours are shortest and people still want to play 36 holes a day while on property.

“We have a lot of visitors in the winter months who come from the Northeast who can’t really get in a whole round of golf on the day they travel,” Pratt said, adding the course will take about two hours to play 18 holes. “We think it’ll be very appealing to people who check-in, want to get a little golf in that day, or for their getaway day.”